A couple of weeks ago my youngest daughter Alexis used my old blue correction pen to draw a picture.  According to her, it is a dog chasing a cat, with the respective owners chasing their pets, by moonlight.  By the time I discovered her artwork, the pen had run out of ink and was ready to go into retirement.  Most people would just throw away an old pen, but this particular pen is very special to me.  I have had it longer than I’ve been married (going on ten years now) and I have some pretty special memories attached to the thing.  I can’t just toss the pen into the garbage can and forget that it existed.

This special little pen represents my short lived but extremely fun job as a receptionist in former Senator Tom Daschle’s office in Rapid City, South Dakota during his 2004 election run.  After I came home from deployment I really needed a job.  Thanks to my parents constantly harassing the Senator’s office personnel unbeknownst to me while I was gone, a representative met  with me one afternoon in a coffee shop, looked at my resume, and offered me a job on the spot.  One of the pieces of office equipment that I was issued along with a desk, computer, and potted plant was a brand new royal blue correction pen.

Working in the office was an incredible experience in professional development and constituent services.  I learned so much about what South Dakotans want and need through the stories and requests that poured into the office.  Some of their problems were easy to fix, and I felt useful being  a part of the team that was making positive changes in government.  Other times, I just wanted to bang my head against the wall.  Some problems were too great or had been around too long to be solved so simply.  It didn’t take long to realize that no matter what we did, there would always be obstacles to overcome and mistakes to make.  There was the day that I lost my temper and called an irate constituent an asshole because he called me a dumb liberal bitch during a heated exchange over the phone.  Not my most professional moment.

Then there was the day that a random crazy person wandered in with a disposable camera and took pictures of everybody in the office, one at a time.  It happened so fast and was so shocking that we all had the same “I just pooped my pants in terror” look on our faces.  We reported the incident to the police after the man casually strolled out the front door, but there really wasn’t anything that they could do since he technically didn’t threaten anyone.  A few weeks later he showed up again, all smiles, and passed the photos out to us proudly, stating “they turned out real nice!”.  That is how we knew that we all had that same terrified expression.

My absolute favorite memory however, is of a phone call I received after Daschle lost the election to Senator Thune.  I was busy cleaning out my desk when a call came in from a man who wanted to express his condolences to Daschle as well as his staffers.  He went on to say that as an openly gay man living in the ultra conservative Black Hills, he was worried that he would not have as much support without a Democrat in the Senate.  I thanked him for his support.  He then went on to say that he found Senator Thune quite attractive.  Any other time I probably would have been at a loss for words, but on that particular day I was so doped up on cold medicine and also pretty bummed about losing the job I had come to love, so I blurted out “Really?  You think Thune is hot?  I don’t see it.  I think Daschle is pretty cute though.”  And that was the last conversation I had with a constituent as a receptionist for Senator Daschle.  I am sure he would be so proud of me. 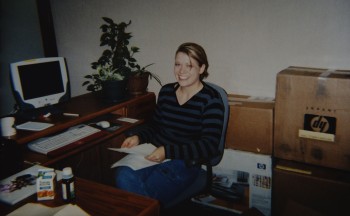 Me on my last day of work.  Notice the giant bottle of cold medicine on my desk?

I have used my blue correction pen since my last day of work to put my signature on official papers like legal and employment documents and also to sign Christmas and thank you cards.  Most recently, my children have used the pen to create artwork, like the picture Alexis drew.  Now it will be retired, kept in my mug full of pens and pencils forever, a testament to the sentimentality of simple everyday objects.   I can still look at the pen and remember specific days when I laughed with co-workers, canvased neighborhoods, talked to my sister on my lunch break, schemed my way into my husband’s heart, and kissed my son goodnight.  I will never have the strength to throw the pen away.  My blue correction pen symbolizes a job that opened my eyes to a bigger world and gave me a better future.  It is just one of the many objects that has become a part of my life and my story. 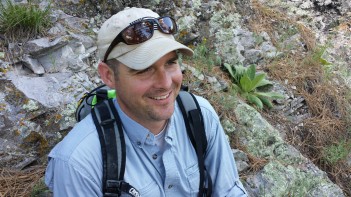 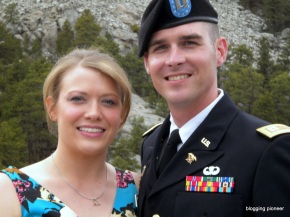 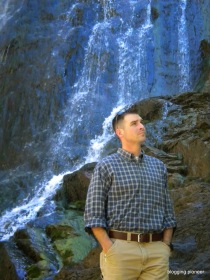 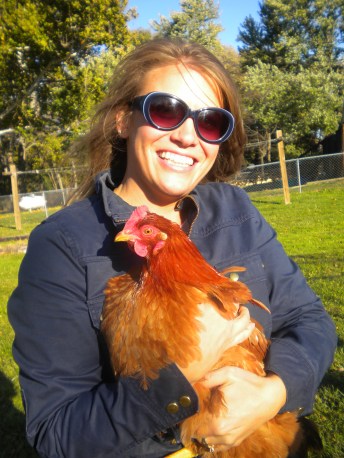 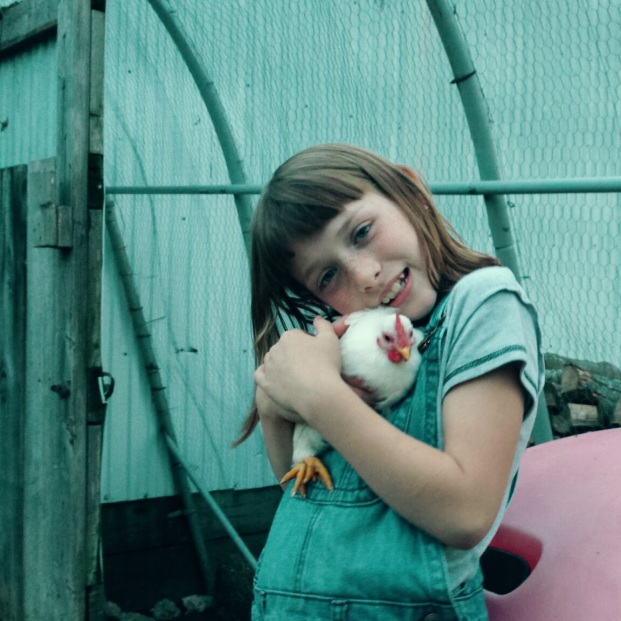