A view of Mount Rushmore in the Black Hills of South Dakota. “You in there somewhere, Bigfoot?” (Photo credit: Wikipedia)

We (meaning my husband) just discovered that a Bigfoot movie set in the Black Hills of South Dakota was filmed in 2012.  Why has no one heard of it?  Possibly because it made at least one list of worst movies ever made (I don’t know which; we lost it in our zeal to follow a link for further information about Sharknado).  How did this all come about?  My father-in-law was watching Chupacabras Versus the Alamo (I know), and then he found Bigfoot (on cable, not in his backyard), and when he realized that the movie was set in the Black Hills of South Dakota, he called the only people who would care.

Here is the Bigfoot movie trailer in case you are intrigued.  Apparently Alice Cooper has a cameo and uses the word “hootenanny”.  I know what I am getting my husband for Valentines’ Day! 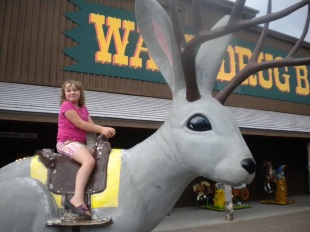